In Honour of Priscilla Lockwood 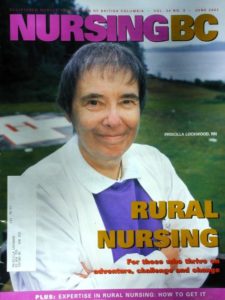 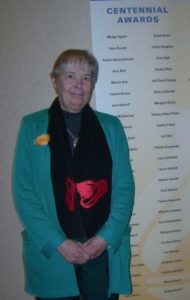 Priscilla built on earlier careers in education and media production and pursued a career in rural nursing which had a base in emergency nursing practice (Shaughnessy Hospital, Vancouver 1983-1988) and which supported rural nursing education and practice in both community (Nuu-chah-nulth Tribal Council 1988-1999) and hospital settings (Tofino General Hospital 1999-2008).

Langara College, Vancouver (Valedictorian, 1982) and the University of British Columbia (1986) formed the basis of her nursing education. She also completed her Emergency Nursing Certificate (BCIT) and the CNA Emergency Nursing Specialty. She completed her MSN through distance education (University of Phoenix, 2004) and was inducted into the International Honour Society of Nursing.

In the 1990’s Priscilla was an active and founding member of the Executive of the local RNABC Chapter and was appointed to the Board of Governors of North Island College. In the 2000’s, she served as a reviewer and item writer for the CRNE licensing exam process, a Practice Advisor helping develop a rural nursing curriculum in BC, a Coordinator for the Tofino General Hospital Education-Development Project, and in 2011 assisted in development of an Aboriginal TB management curriculum representing A.N.A.C.  From 2009-2013 she worked part-time as a term paper marker for the Langara Nursing Department.