In Memory of June Newton [Plummer]

June's devotion to her career and family was an inspiration to all who knew her. June completed high school in Medicine Hat Alberta, then graduated from the Royal Jubilee Hospital School of Nursing in Victoria in 1941. She recalls her nurses training years with pride  She remained a faithful supporter of the Jubilee Nursing Alumnae and enjoyed the many alumnae social events over the years. She marveled at the bond formed with her classmates. These friendships have lasted a lifetime. After graduation with her R.N., June worked as a private duty nursing at the Jubilee Hospital and at the Queen Alexander Solarium. In January, 1943 she enlisted as a nursing sister with the Royal Canadian Medical Corps. In her biography, June states that WW II had a great influence on her career. She realized how her nursing knowledge and skills could be used in many unusual places and circumstances. She took basic training and then was sent to Prince Rupert to work on the medical surgical ward of the military hospital.  When her embarkment orders came through she traveled across Canada by train and was able to visit her parents in Medicine Hat before going on to Halifax. She sailed on the SS Cavina with 100 other nurses,crossing the Atlantic in January. The voyage, of 30 days, took a zig zag rough crossing to Liverpool.  Many were seasick but June, happily,  was not effected.

Once in England she was assigned to a psychiatric ward at Basingstoke and secondly to No.1 Neurological & Plastic Surgery Hospital. Embarkment orders came through again. After boot camp, marches and preparation, June sailed on the SS Volendam to Naples. She was assigned to No.15 CGH Hospital at Caserta, Italy. June recalled the 30 bed wards, all outfitted with traction (a sea of wood as she described it). She also recalled the horrific wounds, burns, and missing limbs, as well as malaria. The nurses applied saline dressings for 24 hours each day. All the patients and staff had yellow faces from the drug they were required to take for yellow fever. Another challenge was dealing with fleas that were constantly biting the nurses ankles. June shared happy memories of the war.  She witnessed some of the first use of antibiotics and saw the miraculous results on the infected wounds. June returned to #4 Hospital in England where blackouts were still in effect. On May 7 she remembers the rockets over London. The war was over.

After military discharge in 1946, June returned to Canada and worked for Dr. R. Stanley in Vancouver. She married Neil Campbell Newton in 1949 and chose to stay home with her young children, Joanne Newton (Whitelaw) born 1951 and Wayne Newton born 1954.

In 1966 she returned to nursing to work at Sunny Hill Hospital. She found working with the children most satisfying. June loved nursing. Her devotion to duty and excellence in nursing practice was an inspiration to all who had the pleasure of knowing her. 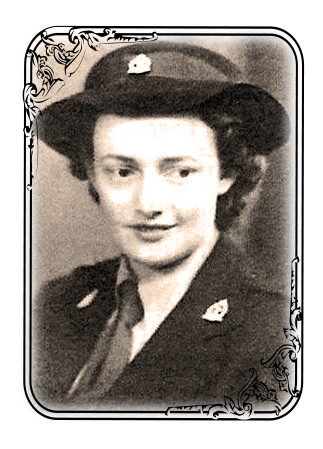