In Memory of Laura Foster

Laura Foster was born in The Pas, Manitoba and was raised in Flin Flon before moving to Victoria in 1940. Following her graduation from St. Joseph’s School of Nursing, Victoria in 1948, Laura worked in the operating room becoming Head Nurse and later Supervisor. When the hospital decided to rebuild, Laura served on the planning committee for the new operating rooms. She stayed long enough to see the new O.R. suite opened in 1983. For over 35 years Laura had a strong influence on both the medical and nursing staff. The doctors had a great respect for Laura and she was a strong advocate for the nursing staff. She will be remembered as a dynamic mentor and for dealing with all staff with humour and kindness. Laura is appreciated as a dedicated and talented nurse who put patients’ welfare first.

Throughout most of her career, Laura was an active member of the BC Operating Room Nurses' Group both provincially and in Victoria. She held positions as Provincial Vice President, Provincial President and then Provincial Past President from 1974 to 1980. In retirement Laura continued her involvement with the Victoria BCORNG chapter and on more than one occasion made a rug or wall hanging of Bargello, (a type of needlework), which she donated to the organization to use in fund raising raffles.

On a personal note, Laura was very involved in her church and for a twenty year period, sang in the choir.  She travelled extensively throughout her life and had the opportunity to cross the Atlantic in the Concord, twice.

Laura will always be remembered for her commitment to nursing and to her many friends. 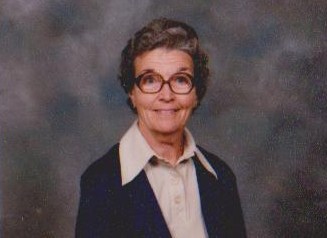