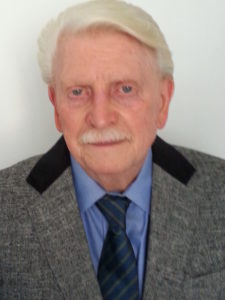 Don has had a long and distinguished career. He graduated from St. Paul’s Hospital, Vancouver in 1961 and he obtained a Canadian Nurses Association Certificate in Nursing Unit Administration in 1969. He practiced nursing in many settings including St. Mary’s Hospital in New Westminster and St. Paul’s Hospital in Vancouver. He then moved to the United States to practice in Santa Monica, California and at Alexian Brothers, Chicago Illinois.  Experiences at these hospitals includes Operating Room, Orthopedics, Emergency and General Surgery.He returned to Canada and back to St. Paul’s Hospital in Vancouver to work in General Surgery, Neurology and Neuro Surgery.  Next, he broadened his extensive nursing experience as Nursing Supervisor for Days, Evenings, and Nights.  Don then became Director of Admitting Services, Administrative Co-ordinator of Rehabilitation Services and Administration Corporate Services. He then began work at the Registered Nurses Association of British Columbia (RNABC), Registration Division in a contract position prior to retirement in 2003.

Don has an extensive list of volunteer community services including:

– Founding member of the British Columbia History of Nursing Society

Don was awarded the RNABC Award of Honour in 1987, the RNFBC Life membership in 1988 and the RNABC Recognition Award in 2000. These honours are well deserved and recognize his lifelong dedication to excellence in nursing practice.