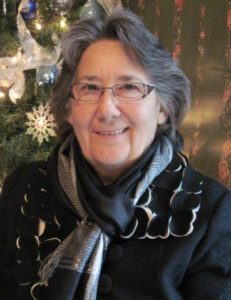 In Honour of Lenore Radom

Lenore was born March 9, 1945. She began her nursing career after graduating as a Licensed Practical Nurse (LPN) from the Nelson Vocational School in 1965. While working as an LPN at Castlegar District Hospital, she completed her Grade 12 Graduation. She entered the Royal Jubilee Hospital (RJH) Training School and graduated with her R.N. in 1972.

After graduation, Lenore remained at RJH and worked in the Children’s Isolation Unit before moving to Vancouver in 1973 and taking a part time position at B.C. Children’s Hospital. In 1978 she joined the staff of Richmond General Hospital and worked a casual position there for the next 10 years. She moved on in 1989 to become an R.N. instructor with the Richmond School Board teaching clinical skills for Medical Office Assistants.

Lenore began her long association with the Registered Nurses Association of B.C. (RNABC) in 1977 as a member of the Richmond Delta RNABC Chapter. In 1990 she worked at RNABC as a registration officer. She served on the Richmond Delta Chapter executive in one position or another for 17 years. She was president of the chapter for 6 terms and played a pivotal role when the chapter closed. She is active with the B.C. History of Nursing Group and sits on a number of committees. Her ability to organize and plan social activities is highly valued by the group.

Community service has always been important to Lenore. She volunteered in the teaching of Breast Self Examination and in many programs in the schools their sons attended. She married Ralph in 1970 and they have 2 sons. Lenore was awarded the RNABC Award of Honorary Membership in April 1977. She is proud of her aboriginal heritage, of which her Mother has full status in the Cree Nation.