In Honour of Sheila Rankin Zerr 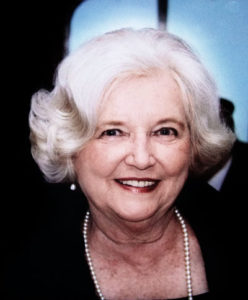 If you want to get an idea across, wrap it up as a person. If that person is Sheila Rankin Zerr you’ll get a remarkable educator, administrator, advocate, accomplished author, as well as an exceptional clinician, counsellor and researcher.   Sheila’s ideas have been at the forefront of many significant developments in nursing throughout a long and distinguished career. Her clinical expertise is evident in her many peer-reviewed writings and presentations as well as her numerous awards and grants. Recently, she co-authored the third edition of the text book, “Pharmacology and the Nursing Process”.

For the past 15 years, Sheila’s main career has been as a nurse educator, first at the University of Ottawa, where she received an award of merit for her exceptional teaching abilities and, since 1985, at the University of Victoria. She is credited with developing one of the first distance nursing education courses in B.C. She developed a network of clinical mentors in outlying areas, which has allowed many nurses though out the province to obtain baccalaureate education. She was also instrumental in having nursing history become an integral part of the basic nursing curriculum. It is her passion for nursing in its historical context which has led to some of Sheila’s unique contributions to nursing in British Columbia. She is a founding member of the RNABC’s History of Nursing Professional Practice Group and has served on the Executive since its inception. One of her major contributions to nursing in B.C. has been establishing the RNABC oral history collection-150 audio tapes of nurses in B.C. who have made significant contributions to nursing. This collection is widely referenced and regarded as the finest in Canada.

Sheila is also responsible for creating the Memorial Portrait Collection, a striking set of historically accurate nursing figurines, which helped raise $10,000 for the History of Nursing Scholarship Fund, yet another idea which Sheila brought to reality.  Sheila’s outstanding abilities are recognized beyond the boundaries of professional nursing, through community activities and professional organizations. She was recognized for her contributions to St. John Ambulance, first as a serving Sister and then by being promoted to the rank of Officer Sister. Sheila was a member of the Delta health Council and chaired the Delta Health Services Provider Advisory Committee in the early days of the Government’s “New Directions” Initiative.

Sheila, you certainly are a national treasure. Because of your efforts, we will always remember the remarkable contributions of many nurses to the profession. We’re proud to count you among them, and to present you with the RNABC Award of Distinction in Nursing.