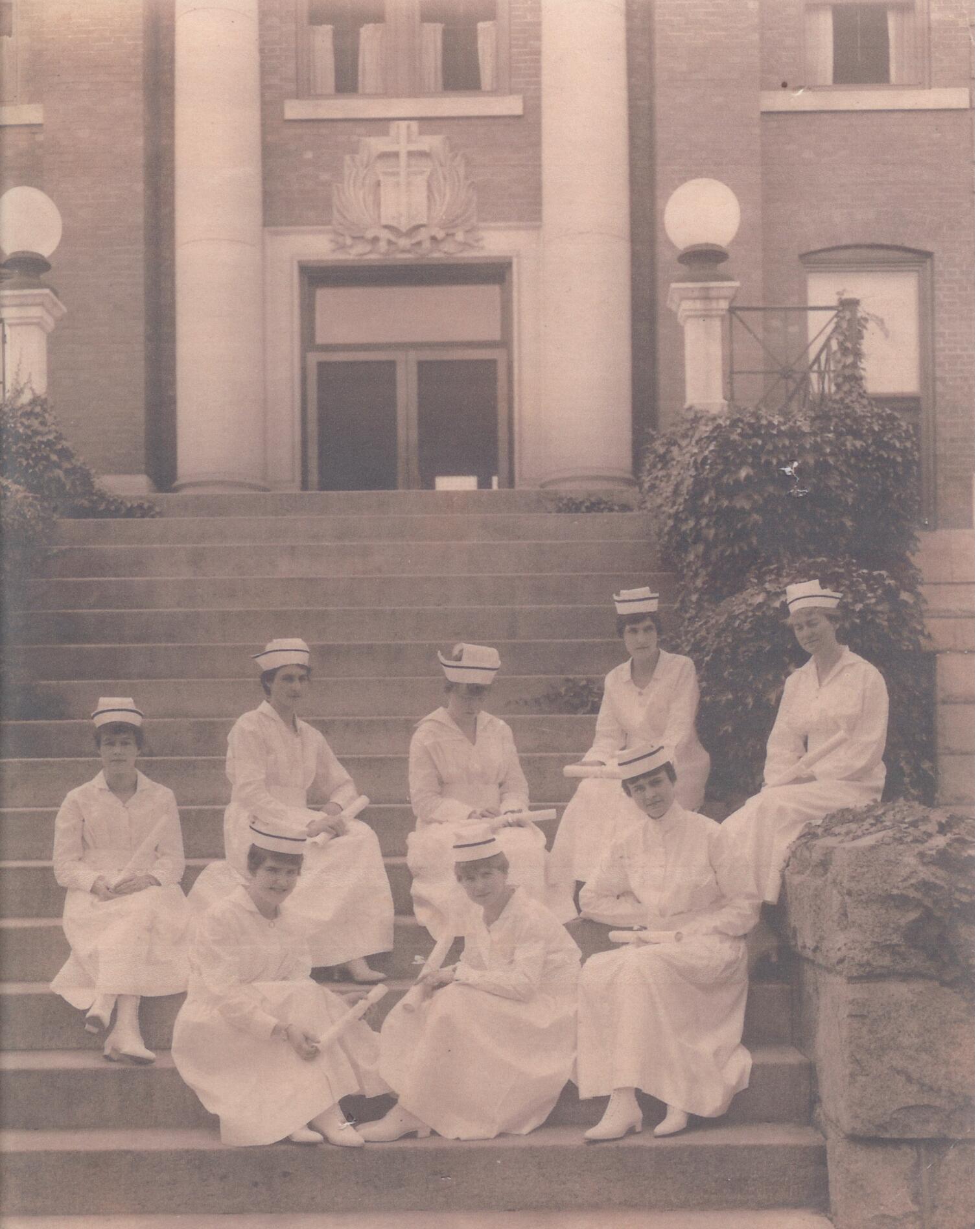 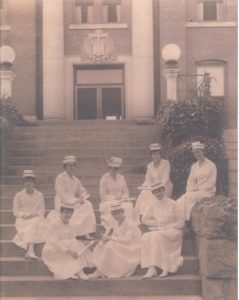 Isabel was born in Nova Scotia but moved to Greensboro, North Carolina, where she completed her nursing at St. Leo’s Hospital Training School for Nurses in 1918.  In 1920 she became a registered nurse in British Columbia, and in 1922 in California.  She appears to have stopped nursing to raise her family when she married Charles Mooney ca. 1925, but after her husband’s death in 1949 she worked as a nurse in various positions, mostly at the Pearson Tuberculosis Hospital in Vancouver.

The photograph shows Mary McDonald with her fellow graduates on the steps of St. Leo’s Hospital, Greensboro, North Carolina.  Mary is the second person from the left on the upper row.