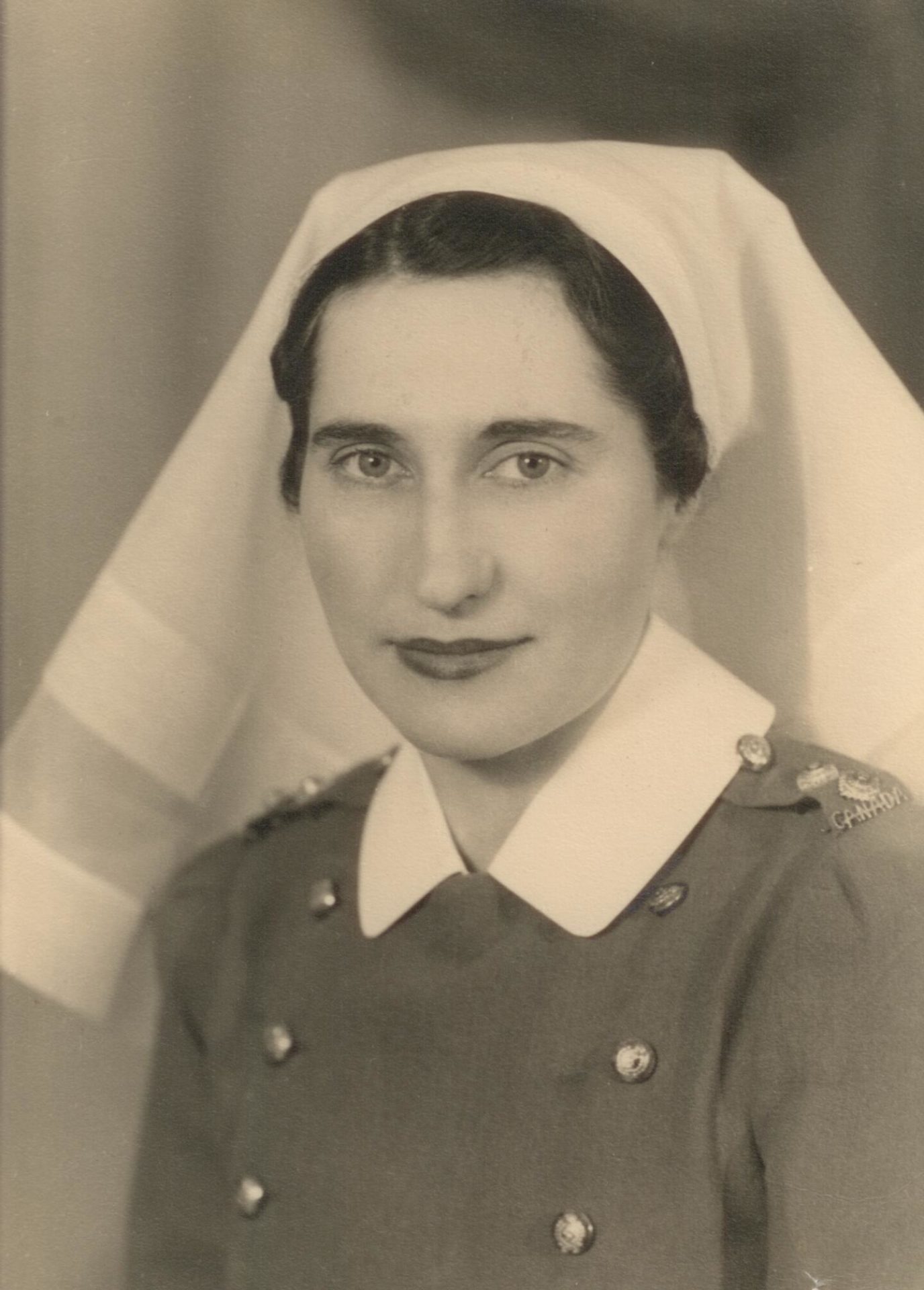 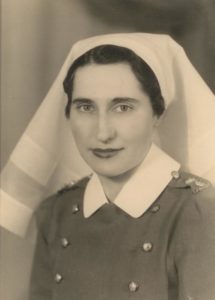 Ruth McIlraith (nee Littlejohn) was born June 2, 1913 on a farm in Arcola, Saskatchewan.  After the family lost their farm in the Depression, the Littlejohns moved to Winnipeg, where Ruth attended the nursing program at Winnipeg General Hospital, graduating in 1936.

Her initial attempts to enlist after the outbreak of World War II were unsuccessful, as her position at the hospital had been frozen.  After her move to take a job at Vancouver General Hospital, she successfully enlisted with the Royal Canadian Army Medical Corps on June 1, 1942, and was recruited to serve aboard hospital ship no. 46, the Lady Nelson, Canada’s first hospital ship.  She was appointed lieutenant November 5, 1943, and transferred from the ship in December 1943 to Nanaimo Military Hospital until June 1944.  After D-Day she served with No. 1 Canadian General Hospital at Nijmegen, Holland.

Her experiences in the war shaped much of the remainder of her life.  From 1947 to 1976, she worked at Shaughnessy Hospital, becoming Director in 1961.  She became president of the Nursing Sisters’ Association and on the board of the Veterans’ Memorial Housing Society.  After retirement in 1976, she remained active with a number of organizations, including the DVA pilot project for the Veterans Independence Program, the Veterans Memorial Manor Society and the George Derby Long Term Society.  She received the Canada 125th Anniversary Commemorative Medal in 1992.