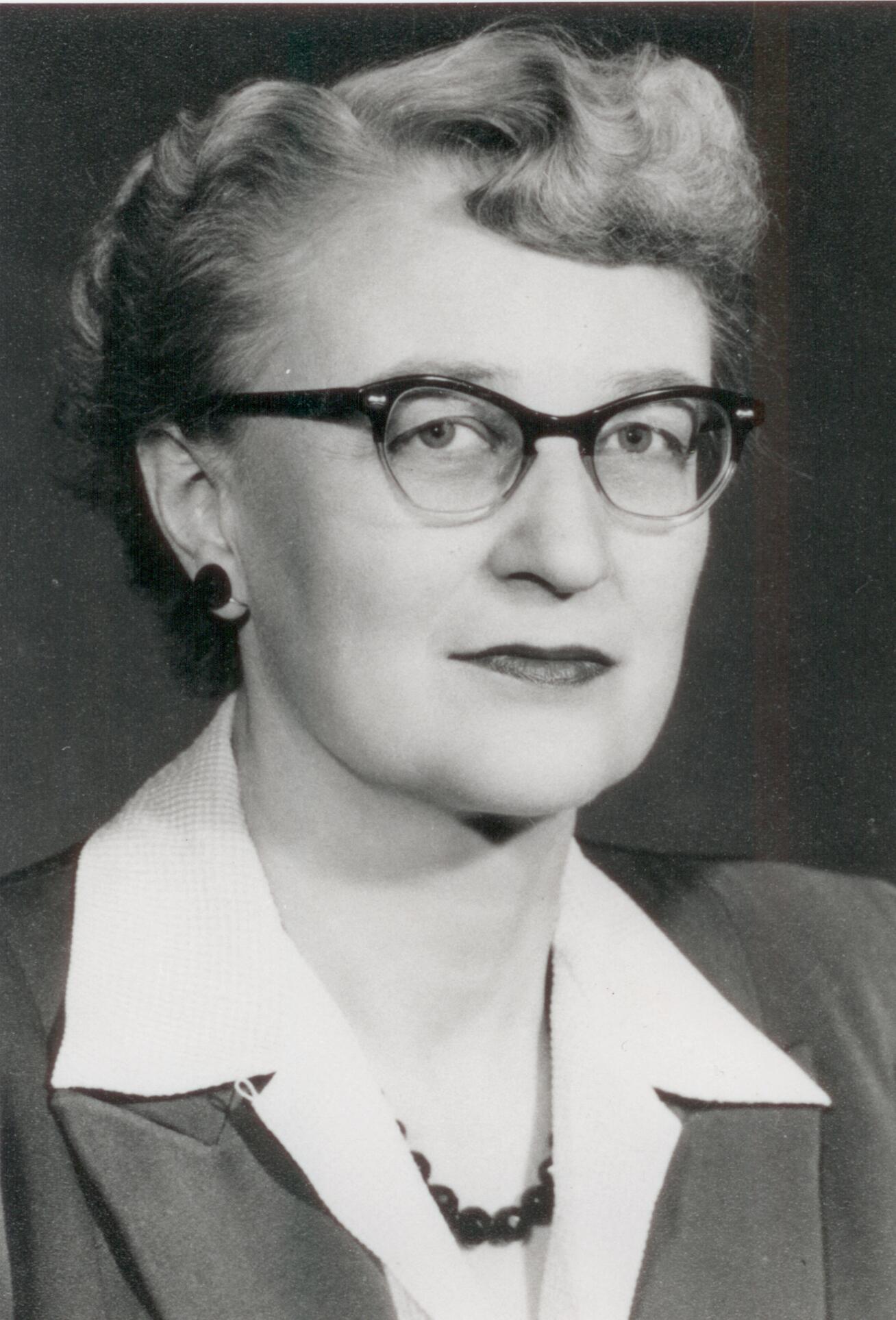 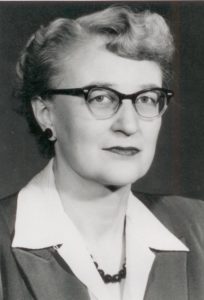 Following Ethel Johns and Mabel Gray, Evelyn Mallory was the third director of UBC’s School of Nursing.  She graduated from Winnipeg General in 1925, and obtained a degree in science in 1930, later followed by a Master of Arts degree in 1950.  She became Registrar and Educational Advisor to Schools of Nursing for RNABC in 1941, and in 1943 was offered the position of associate professor and head of the nursing department at UBC, a position she held until her retirement in 1967.

Under her direction UBC separated from the Vancouver General Hospital in 1958 to become an independent school.  In 1968 she was successful in implementing a Masters’ degree in nursing.  She wrote the first extensive history of the UBC School of Nursing.

Evelyn chaired a number of committees, on which she became known for her intelligence and extensive knowledge of nursing.  She served as both second and first vice-president of CNA, and as president of RNABC.  After her retirement she moved to Vernon to be near her family. The Harriet Evelyn Mallory Memorial Scholarship was established in recognition of her remarkable contribution to nursing.