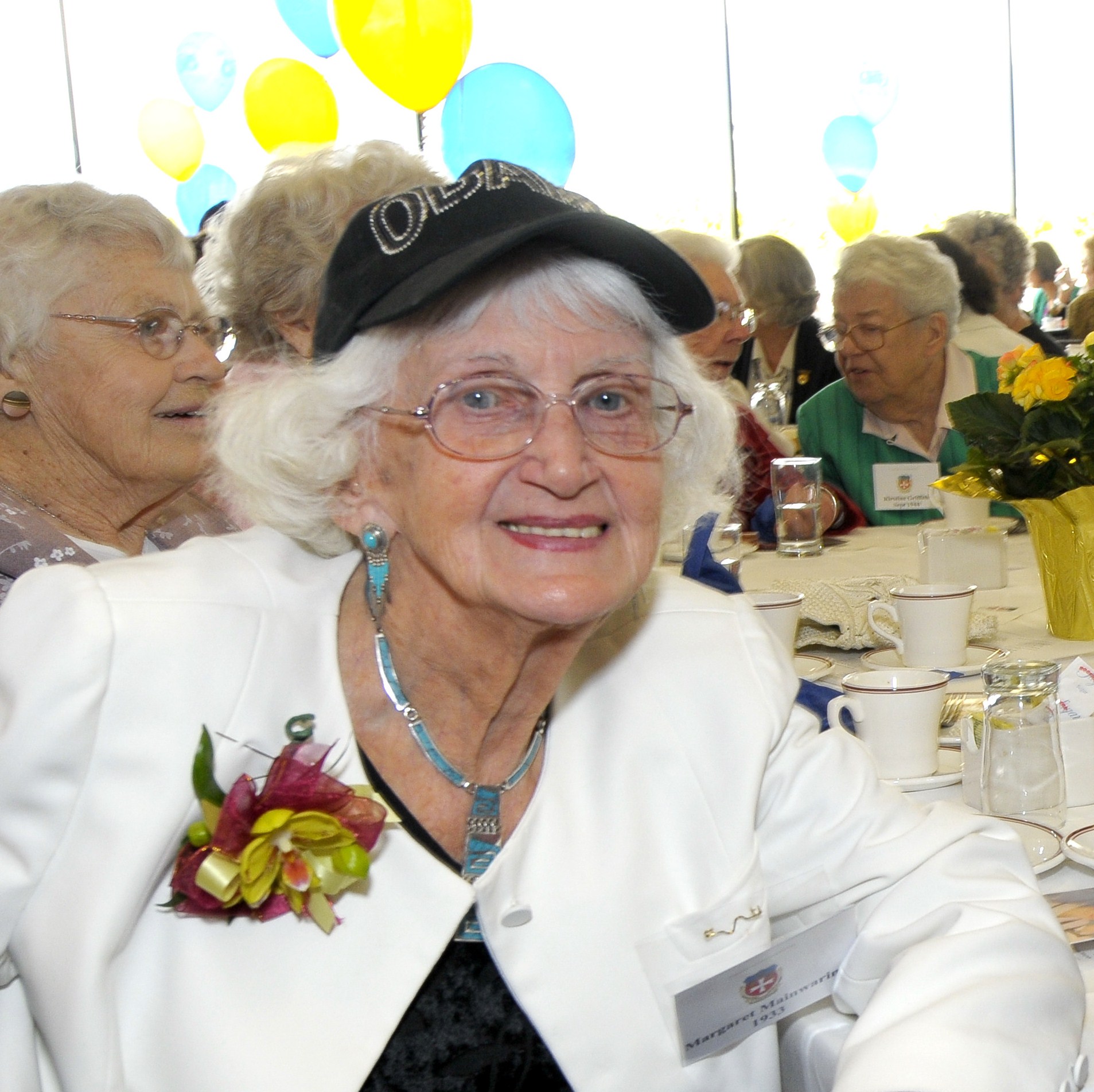 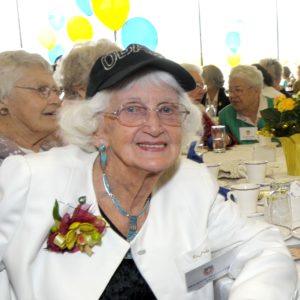 Margaret was born in Toronto and raised on a ranch in the East Kootenays.  She attended the VGH School of Nursing, from which she graduated in 1933.  After two years spent working in Port Alice, she joined the Royal Canadian Army Medical Corps in 1941 and nursed in military hospitals in England, North Africa and Italy.  She was one of the first nurses to administer penicillin, which she recalls as ”brown coloured and it smelled a bit like horse manure”.

After the war she worked at the Vancouver Military Hospital, and in Montreal and Hawaii.  She lived briefly in Wells, where she met her husband, and in Quesnel, before they bought a home in Ladner in 1957.  With her husband she established and operated three long-term care nursing homes in the Lower Mainland.  After her husband died, she moved to White Rock, where she married Mainwaring, who died six months later.  In her retirement she curled, lawn bowled, attended dinner dances and enjoyed the occasional glass of sherry. She is a loyal member of the VGH SON Alumnae and attended annual lunches until 2014. She continues to live in her apartment with assistance.