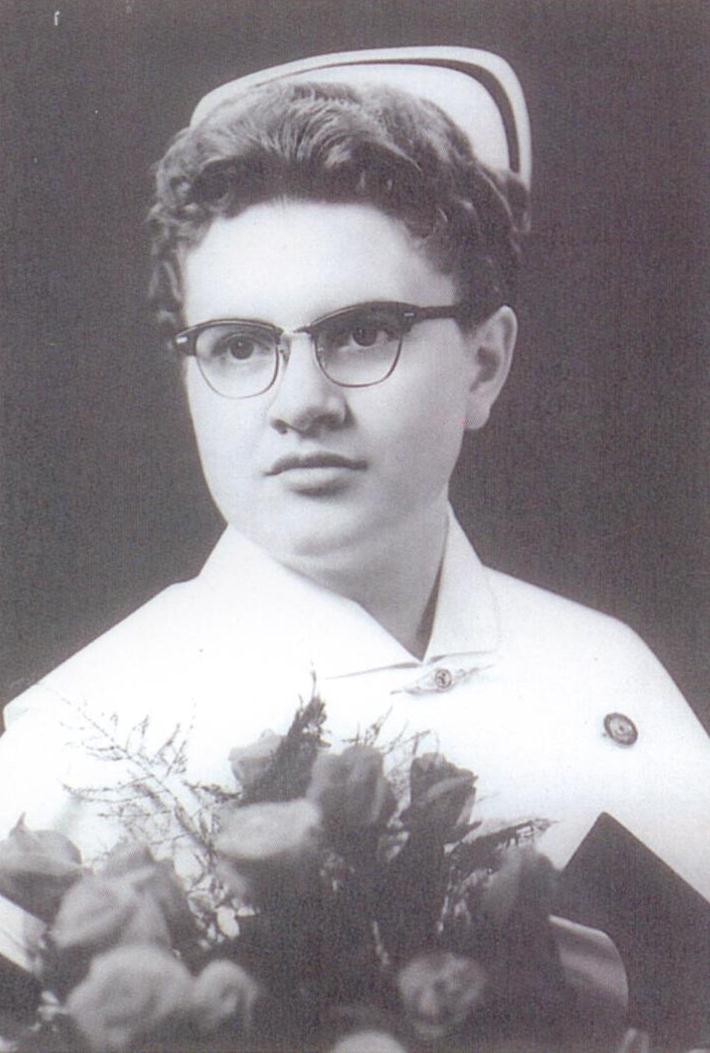 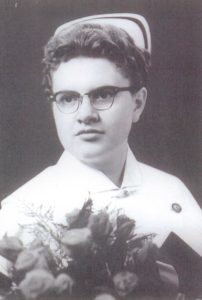 Kaye’s desire for an education was hindered but not halted by her mother becoming terminally ill with cancer when Kaye was fourteen.  She entered the Galt School of Nursing in 1955, and registered as an RN in June 1959.  She recalls from her training in Ponoka Psychiatric Institution that gay men were institutionalized, as same sex preference was at this time considered a mental illness. She nursed at Wrinch Memorial Hospital in Hazelton and Mills Memorial Hospital in Terrace before taking time to raise a family.

She returned to work in the OR at Mills Memorial from 1972 to 1977.  From 1981 to 1992 she worked for her husband who owned George Hagen Welding & Repairs Ltd., and did various nursing work, mostly in relief.  Much of her later life was spent caring for her husband, who contracted Parkinson and Lewy Body Disease.