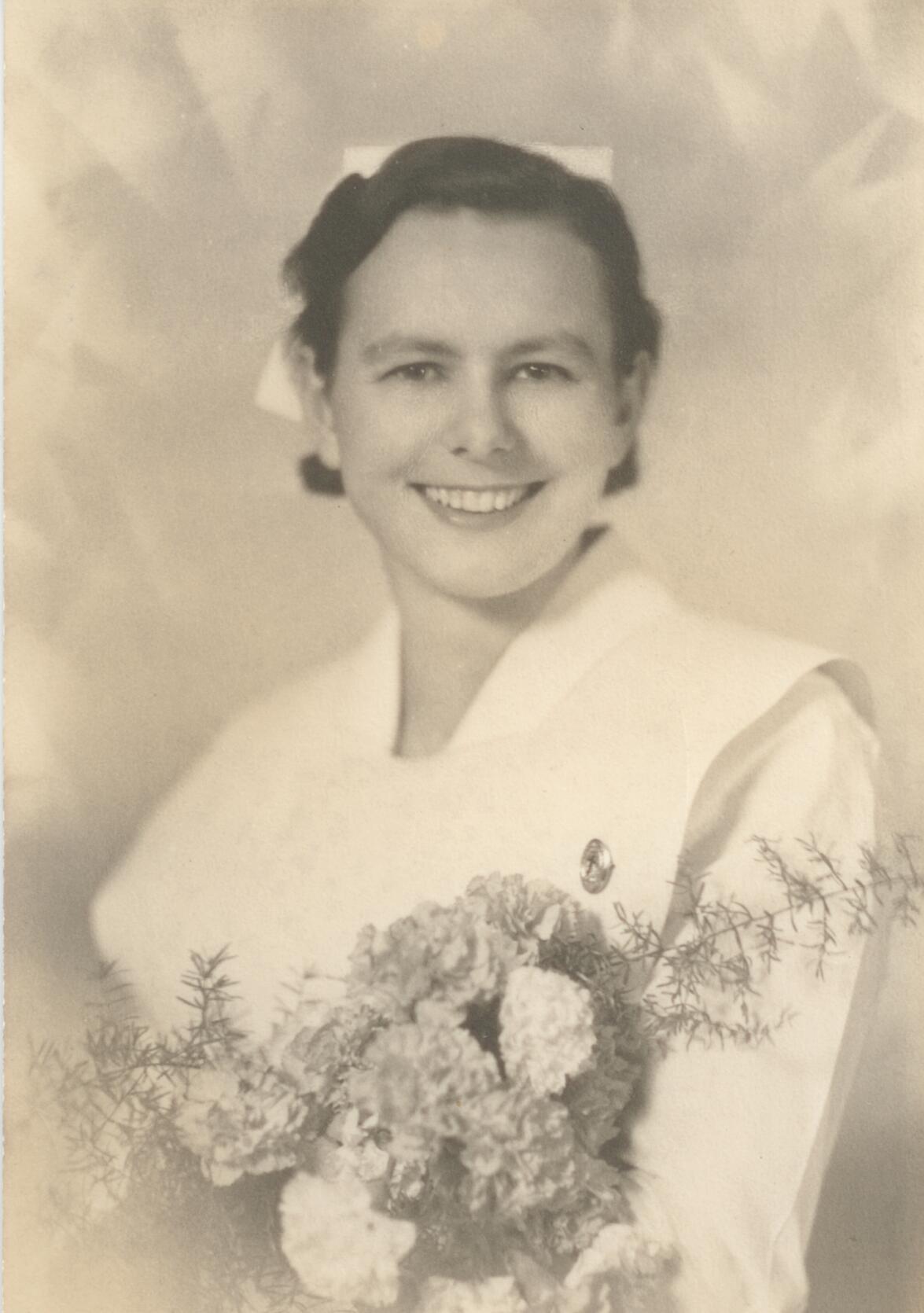 Helen Faulkner received her RN in 1937.  Most of her work was centered on St. Eugene’s Hospital in Cranbrook, mostly in maternity.  From 1968-1981 she worked in the ECU of Cranbrook and District Hospital.  For twenty years she was deeply involved with the Saint Eugene’s Hospital alumnae annual dinner. 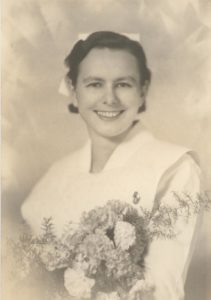