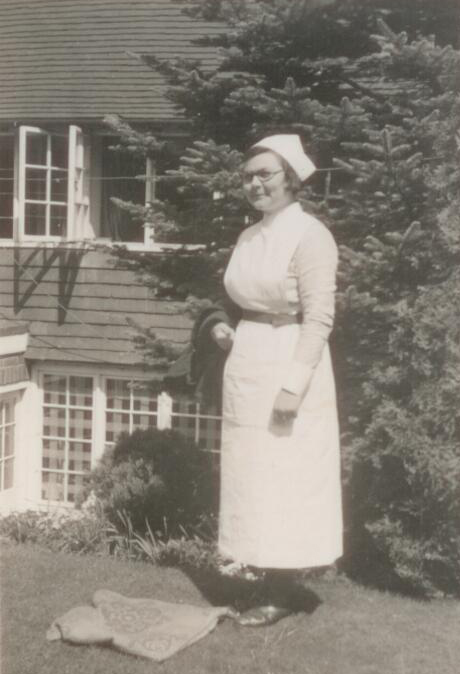 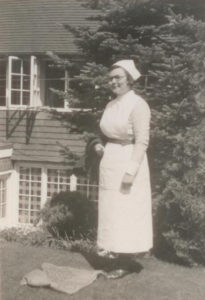 Elsie was born in Downley, Buckinghamshire on February 29.  After emigrating to Canada in 1943, she worked in a variety of nursing positions, including in the maternity ward at Clinton.  She was night supervisor there and at the Goderich Hospital.  After operating a private nursing home, she moved briefly to Slave Lake, Alberta in 1962, then to BC with her five children, where she took up farming in the East Kootenays.  She ran a nursing home in Viking, Alberta and then became a nursing supervisor at Consort Hospital.  She continued volunteer work until well into her 80s.