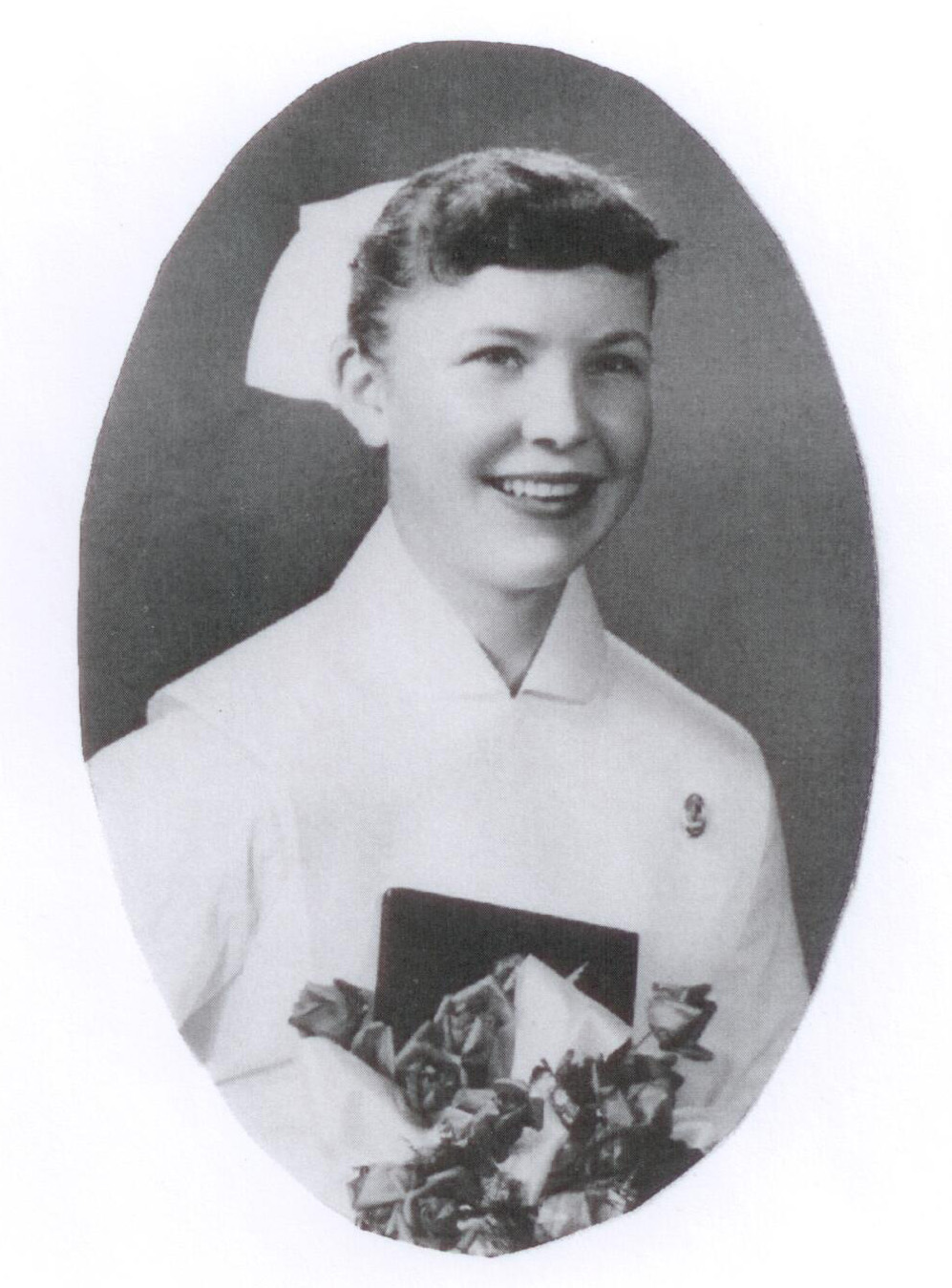 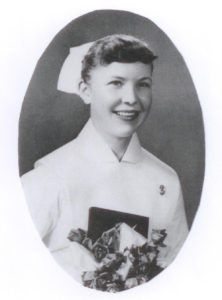 CD includes two large files on Angela containing scanned material prepared by her husband Ken Berg. These include one file primarily of her high school years. The other is mainly of her St. Paul’s years, including numerous photographs from her St. Paul’s nursing class, poems, photographs of her wedding (1958) and various pamphlets, including Nina Rumen’s “Vancouver’s Monuments to Nursing Sisters”.

Angela Berg was born in Fernie and attended Lord Byng High School, from which she graduated in 1951. She trained at St. Paul’s Hospital in Vancouver and married in 1958. She later worked at the Tom Uphill Memorial Home in Fernie, and also as a staff nurse in China.