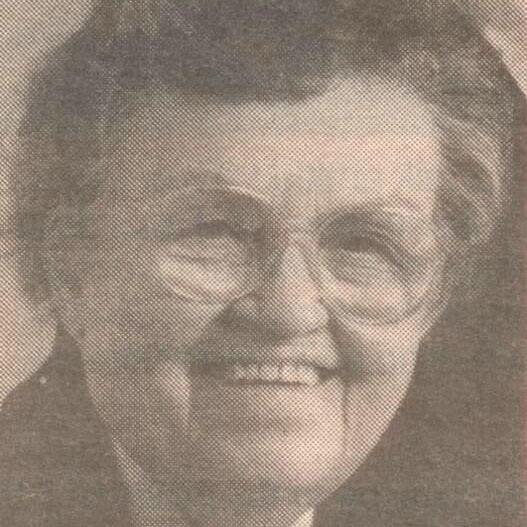 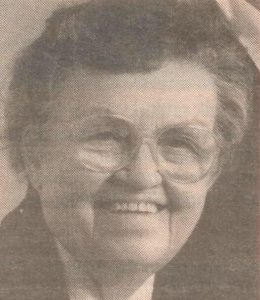 Anna Krapp grew up on a farm in northern Alberta’s Peace country.  She received her RN from the St. Eugene School of Nursing in Cranbrook, her BSN from Seattle University in Seattle, and her MSW from St. Patrick’s College at the University of Ottawa.  She worked as a nurse at St. Paul’s Hospital, and was administrator of the Father Lacombe Nursing Home in Calgary, Superior of Providence Creche in Calgary, and Director of Catholic Social Services in Edmonton.

The highlight of her career was six months as a pediatric nurse in the Albert Schweitzer Hospital at Deschapelles in Haiti.  She was a member of the Sisters of Providence of Montreal throughout her adult life, being Provincial Superior in the Canadian West from 1976 to 1982.