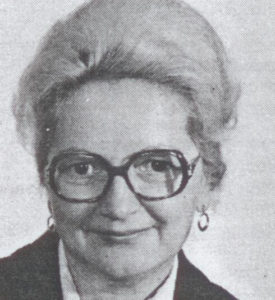 Therese Sabourin grew up in Ottawa, becoming a member of the Sisters of Providence in 1948.  She attended St. Paul’s Hospital School of Nursing in Vancouver, from which she graduated in 1956.  She later received her BA from Seattle University and her Master’s from the University of Washington.  She worked at a number of hospitals in Western Canada, retiring from Chilliwack General Hospital in 1988.  She served as the Director of Nursing Services for RNABC.

Therese reflects on the history of nursing during her career as a process of nurses gradually gaining more respect, for which she considers education to be key.  She has been a member of a number of committees and professional organizations which she feels has given her a broader view of nursing and the factors influencing decision-making.