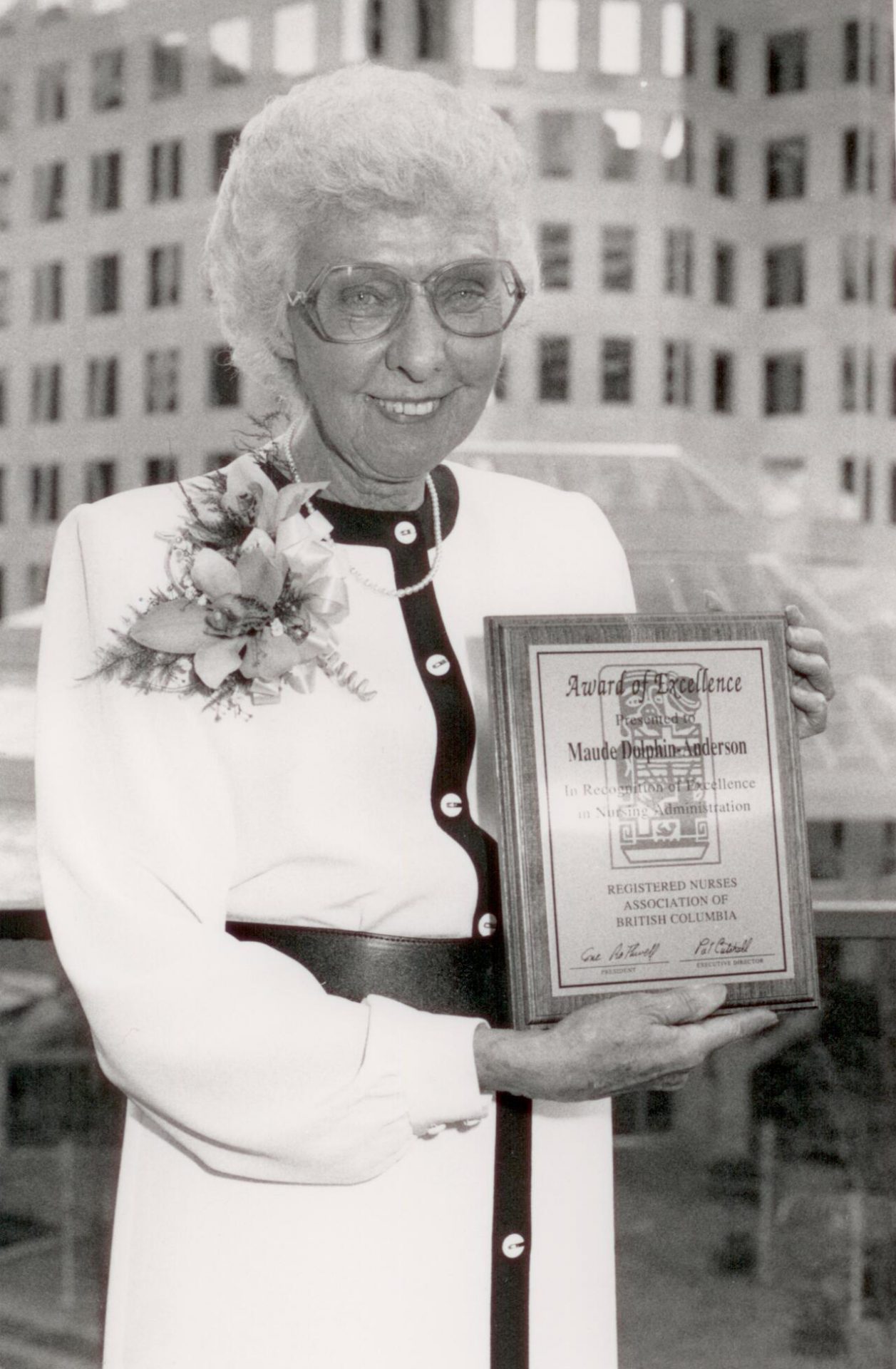 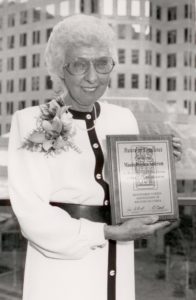 Maude Anderson received her Diploma in Nursing from the Royal Victoria Hospital in Montreal in 1944 and a Bachelor of Nursing from McGill in 1947.  From 1947-1953 she taught at the Vancouver General School of Nursing.  From 1953 to 1959 she worked with the World Health Organization to modernize health delivery systems and establish schools of nursing in Dacca, Pakistan and Mauritius.  She obtained her Masters of Nursing degree from the University of Seattle and from 1961-1966 was Director of Nursing at Nanaimo General Hospital.

She was Director of Nursing at Maple Ridge Hospital from 1973-1980 and active on numerous RNABC committees.  In 1989 she was awarded the RNABC Award of Excellence in Nursing Administration for her work as an administrator, consultant, educator, lecturer and conference leader.