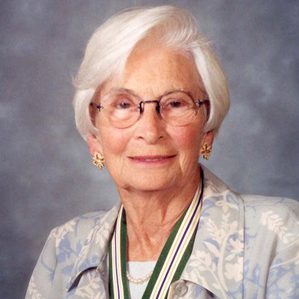 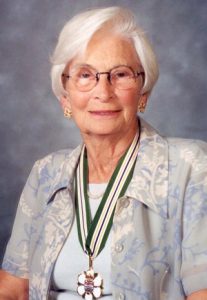 Beverly Witter DuGas was born in Vancouver, receiving her B.A. from UBC in 1944 and her Diploma from the Vancouver General Hospital School of Nursing in 1945. She continued her studies at the University of Washington in Seattle, receiving aMaster of Science Degree in 1947.

Her work as a staff nurse and instructor at Seattle, San Francisco and Vancouver led to her becoming Director of the School of Nursing at Vancouver General Hospital in 1960. In 1965 she accepted a request from the World Health Organization to set up a post-basic baccalaureate program for graduate nurses in India. After receiving her Doctor of Education from UBC in 1969, she joined Health and Welfare Canada as a nursing consultant. She later took numerous assignments as a consultant in Surinam, Manila, Ghana, Korea, Tonga and other countries. In 1972 she was awarded an honorary Doctor of Laws degree from the University of Windsor.

Her extensive publications include her textbook Introduction to Patient Care used in forty countries and the co-authored nursing text, Promoting Healthy Aging. Two books recount her travels and work in India, and she has numerous professional publications. She was a founding President of the BC History of Nursing group of the RNABC.