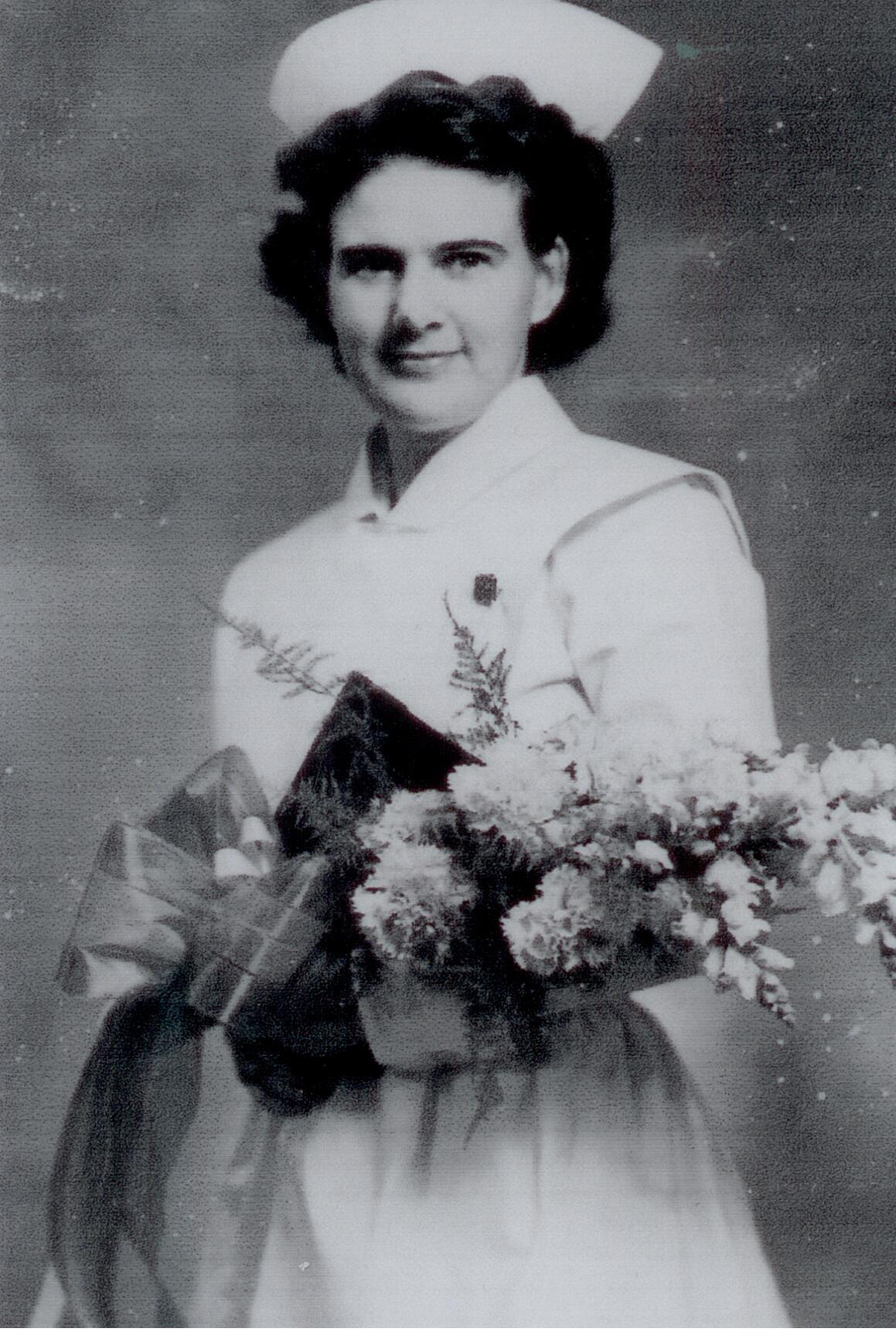 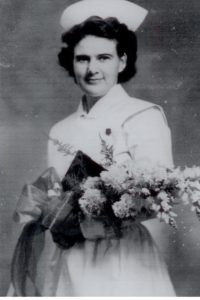 Ruth Saunders was born in Camrose, Alberta, and grew up in different regions of British Columbia.  During the war she volunteered with the Canadian Women’s Army Corps, serving with Kitchener, Ontario’s CWAC Military Band No. 3.

After the war she attended the Royal Jubilee Hospital School of Nursing in Victoria, graduating in early 1950.  She worked for about a year at the United Church of Canada Home Mission Hospital in Cold Lake, Alberta, then joined the Church’s Missionary Deaconess School and was assigned to the United Church of Canada’s Home Mission Hospital in Manning, Alberta.  After taking a short course in the Korean language at Yale University, she travelled to Korea as a nurse missionary for the United Church, working as a public health nurse in the hill country in southern Korea.  She was particularly involved with the care of Koreans suffering from leprosy.

She became Nursing Administrator of the United Church’s newly built Wonju United Christian Hospital from 1955 to 1989.  Here she developed a school of nursing, which is now associated with Yonsei University.  She retired to live in Victoria and later Chemainus.