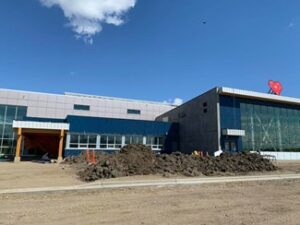 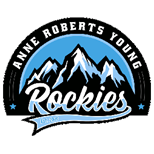 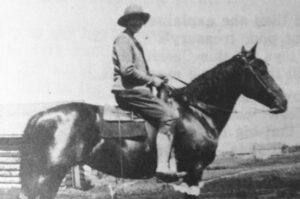 School District 60 received more than 70 public submissions about a name for Fort St. John’s new elementary school, and pioneer nurse Anne Roberts Young was top among the suggestions. Roberts was the first registered nurse stationed in the North Peace, arriving from England in 1930 to work at the Grand Haven Red Cross Outpost Hospital.

She married farmer and postmaster Jim Young of Rose Prairie and continued working as a nurse after her move to that community, often travelling by horseback and through severe weather to see patients. She delivered more than 300 babies during her 25-year career in the region.  To celebrate the opening of the School the Fort St. John North Peace Museum mounted a display of items from Young’s nursing bag and a brief biography.

Larry Evans, a northern historian, and columnist has written an interesting article about Anne Young and other nurses that served in the Peace River district. 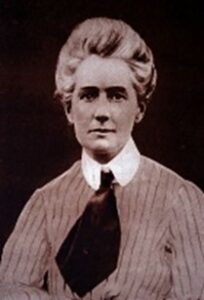 In 1908, a school building on this site was originally opened. In 1920, the school was named “Edith Cavell” after Edith Cavell, First World War British nurse, who while nursing in Belgium, was executed by the Germans in 1915.

The present building was opened in 1940. The architects were Twizell, Birds and Twizell, a firm renowned for institutional and ecclesiastical buildings. The building’s shape is in an unusual ‘H’ plan with formal vertical massing. Details include exposed wood rafter ends, raised parapet gable walls, buttresses, and a belfry ventilator.

The school is an example of the endurance of Late Victorian style, with Queen Anne Revival arches and raised Jacobean parapet walls. This blend of styles is typical of the Tudor Revival period. Edith Cavell is a unique example of this style for schools in Vancouver.

Edith Cavell Elementary is currently in the design phase of a seismic upgrade that is set to start in the summer of 2020. The main classroom building and the gym will undergo seismic upgrades but retain their heritage character. 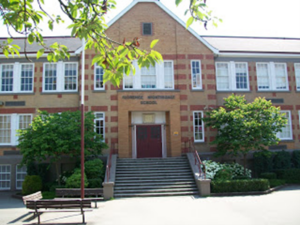 This is the Florence Nightingale Elementary School located on Guelph Street in Mount Pleasant. It is notable in the history of this area not only because construction finished in 1912 but also because it is representative of a unique style in the Mount Pleasant area.

When Nightingale elementary school first opened in 1912, its grounds included an orchard and stream. The school’s janitor lived in the property’s relocated farmhouse and reportedly paid modest rent in return for five tons of coal and one double load of wood each year.

Given the level of poverty among some families in the area, Nightingale is a designated inner-city school that provides breakfast and lunch to hungry students. The breakfast program is funded by St. Stephen’s United Church on Granville.

“We’re exemplifying what Florence Nightingale represented by being a very caring community. We really provide wraparound services for our families and we’re really proud of bearing that name,” says Jennifer Chin Peterson, principal of the school (below) 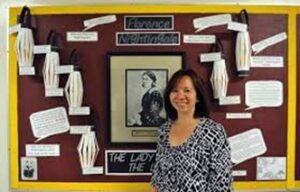