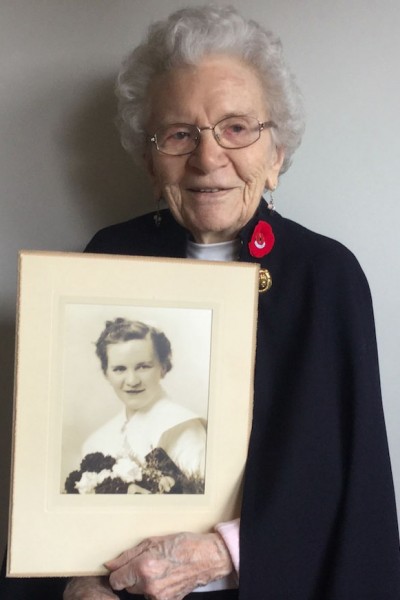 Jessie Middleton (nee Lee) passed away peacefully on May 22, 2019 at the age of 102. The youngest of 12 children, she was born and raised on the family farm in Murrayville BC.  She entered the nursing program at the Royal Columbian Hospital and graduated in September of 1939 just one day after Canada declared war on Germany. Eager to serve her country, Jessie joined the Royal Canadian Army Medical Corps in 1942 and nursed injured soldiers both in Canada and England. She considered this work as “the greatest privilege for me”.

A service in celebration and remembrance of Jessie’s life will be held at 2 pm on Friday June 7th at Trinity Memorial United Church in Abbotsford.

To read Jessie’s full obituary and find out more about her remarkable life as a Canadian nursing sister, here are some links: