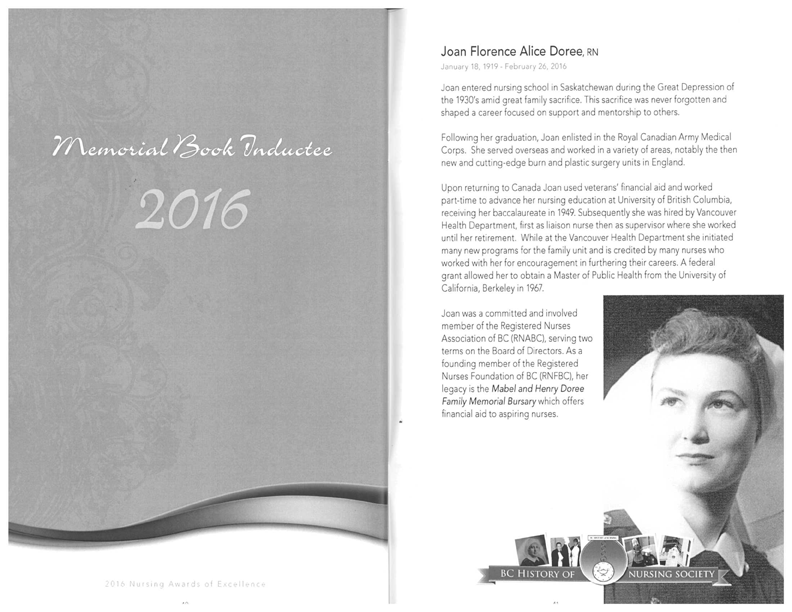 Joan’s niece Anne Malo & her husband Brett were on hand to celebrate this event.  The BCHNS was proud to nominate Joan for this honour.

Full citation can be viewed  www.arnbc.ca  2016 Nursing Awards of Excellence

We are also pleased to provide this link from the Vancouver Sun from Joan’s niece, Anne & their family friend who produced it.

Excerpt from the Vancouver Sun

“Joan Doree was one of Olive Caldwell Lee’s oldest friends. Doree, who grew up in Saskatchewan, was a nurse in the burn wards in England during the Second World War. Recently, Doree shared her wartime experience with her friend for the first time. Shortly after, Doree was admitted to the hospital. She died this February at 97. This is Doree’s story told in Lee’s words.”