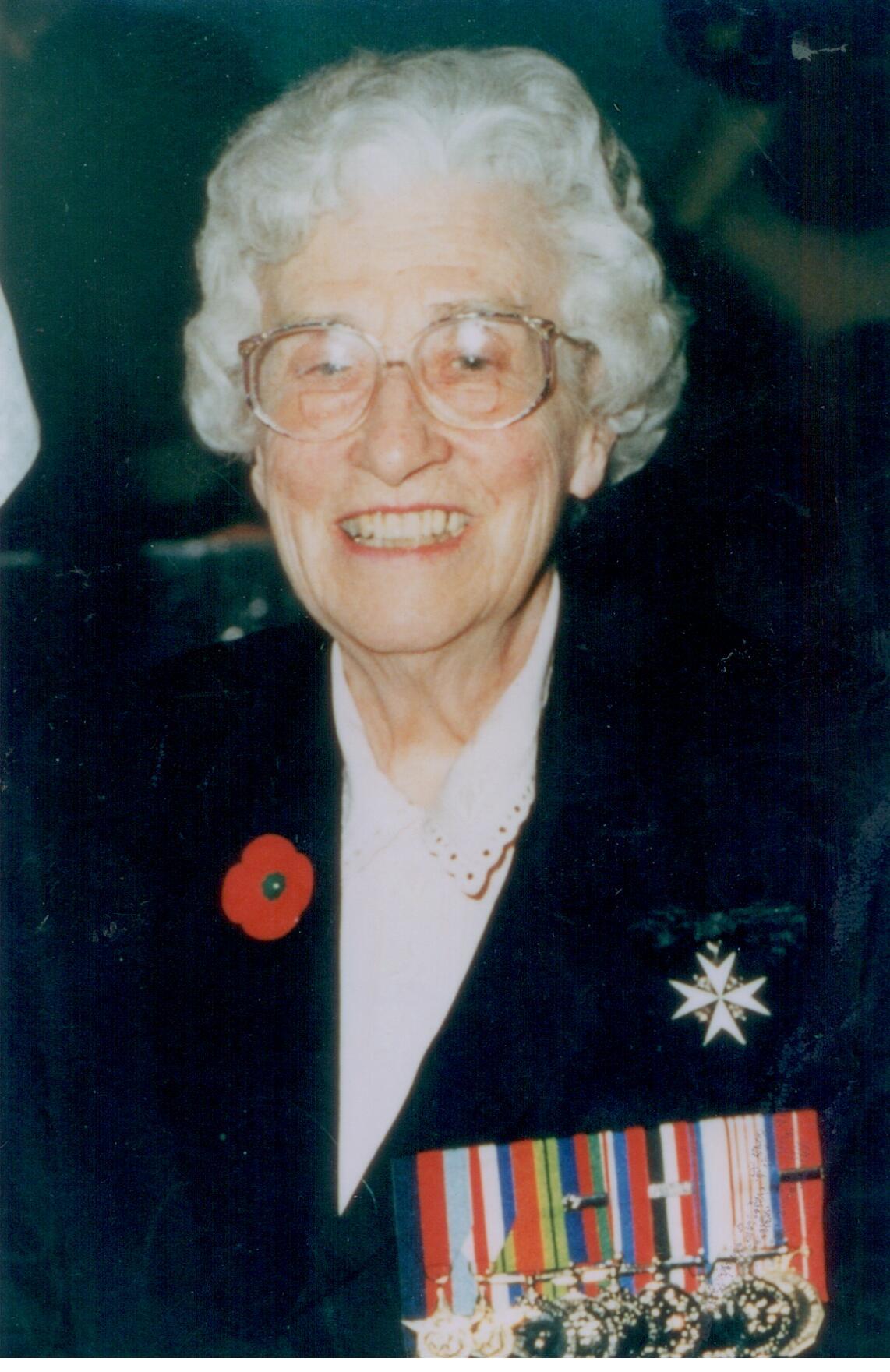 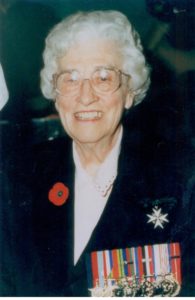 “Hallie” graduated from Vancouver General Hospital School of Nursing in 1940. Harriet was awarded the Order of Canada in 2003 for her work with the RCAMC from 1942 to 1968.  During the war she served in a number of venues in Europe, and participated in the liberation of Belgium and the Netherlands. She choose to remain in the military and rose to the rank of Matron-in Chief of the Canadian Forces Medical Services. Hallie worked as a general duty nurse, in the OR, and in family clinics in bases across Canada.  From 1954 to 1956 she returned to Germany with the NATO forces.

After retiring, on the invitation of Dr. Helen Mussallem, she joined the staff of the Canadian Nurses Association as CNA Co-ordinator for the 14th Quadrennial Congress of ICN.  In 1970 she was appointed CNA Nursing Co-ordinator.  She saw the ending of apprenticeship training and the professionalization of nursing education as a major improvement in nursing and was a strong supporter of the Nursing Sisters Association of Canada.  Callie received several awards during her lifetime such as the Legion of Honour in 2015.