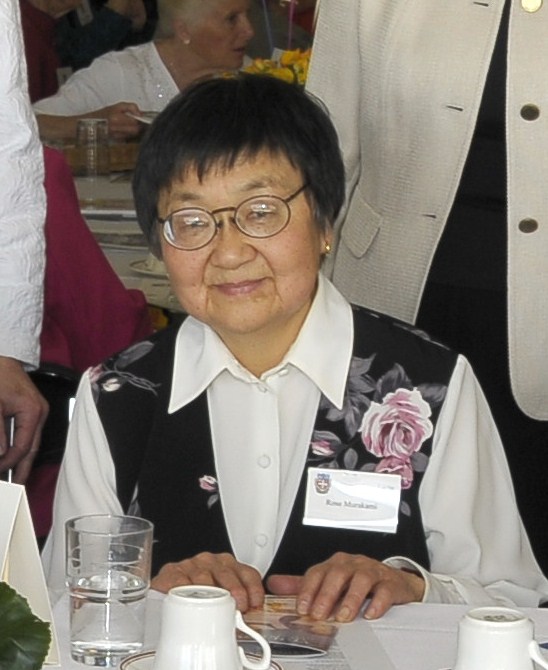 Although born on Salt Spring Island BC,  in 1942, Rose and her family were interned as Japanese nationals during World War II, and removed to New Denver in BC’s West Kootenays and later to Alberta . In 1954, the family returned to Salt Spring where they faced continuing racism. However, the family survived and established a successful market business, growing vegetables and berries.  Rose graduated from VGH School of Nursing in 1959 and obtained a BSN from UBC and   Masters’ of Science degrees from McGill University and Boston University. She had a long career at the UBC School of Nursing as an Associate Professor, where she was a highly respected and a successful career as Vice President of Nursing at UBC Health Sciences Centre. In 1994, she became RNABC’s first Consumer Relations Representative.  On retirement, Rose returned to Salt Spring.

In 2006 fire destroyed their home, with the loss of many irreplaceable photographs and memorabilia.  In 2009 they donated a half acre of their land on Salt Spring Island, valued at $1.2 million, to build the 27-unit Murakami Gardens, Salt Springs’ first affordable housing project.  Shortly after, she and her brother had the privilege of meeting with Japan’s Emperor Akhito and Empress Michiko during their historic visit to BC.