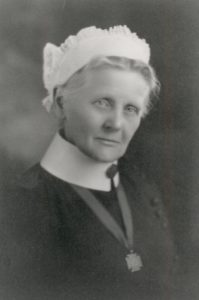 Frances Byron was born in England, and trained as a nurse and midwife at Laval University in Montreal.   She was an Anglican Deaconess who came to Vancouver in 1887. She and Father Clinton founded St  Luke’s Home,  a seven-room and general ward hospital.  She instituted a school of nursing and supervised practical work.

She dispatched nurses from this hospital to various parts of the province, and provided nurses when smallpox broke out at Vernon and Gibson’s Landing.  She also took charge of the city isolation hospital during an outbreak of small pox.  She opened a soup kitchen in Market Hall adjacent to Carnegie Library and was a member of the VON planning committee. Frances Street in Strathcona, Vancouver, is named in her honour. 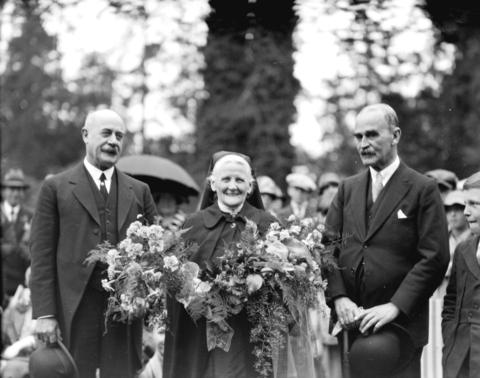