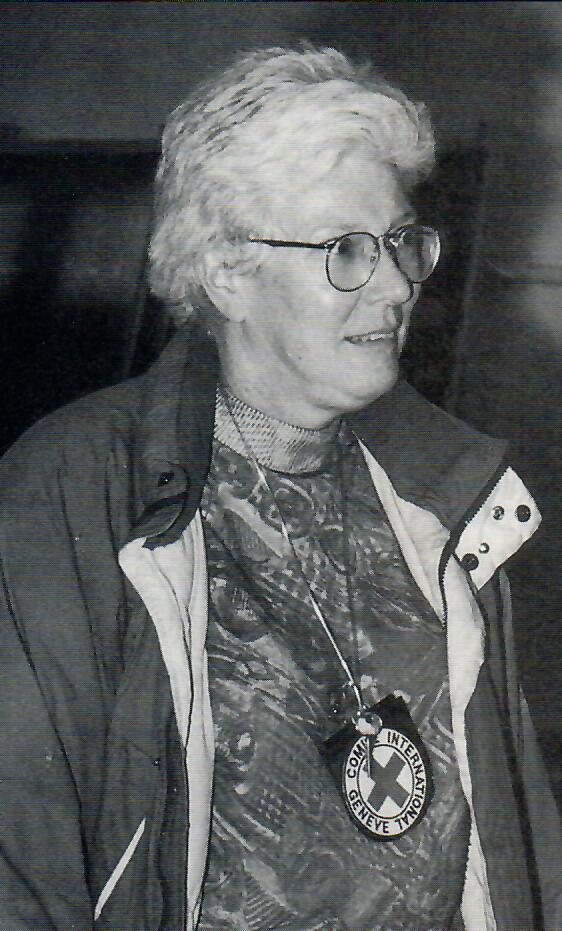 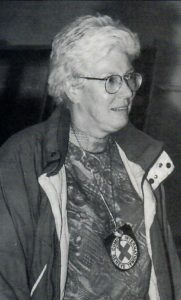 Nancy completed her nursing studies at the Kingston’s School of Nursing in 1968 and her BSc at Queens in 1969.  She taught in Montreal for several years before moving to Vancouver in 1979.       Here she joined the BC branch of the Red Cross and completed her MBA.

Nancy subsequently worked for the International Committee of the Red Cross in such places as Zaire, Ethiopia, Kuwait and Bosnia, facilitating the provision of medical care in areas rife with war and violence.  Her last assignment was in Chechnya at the hospital in Novye Aragi.

Nancy was posthumously awarded the Florence Nightingale Medal from the International Committee of the Red Cross, and in September 1997 she received the Meritorious Service Medal from Governor General Romeo LeBlanc.  In June 2001 a monument was unveiled in Ottawa to recognize those who died abroad while supporting Canada’s role in international development and humanitarian assistance.