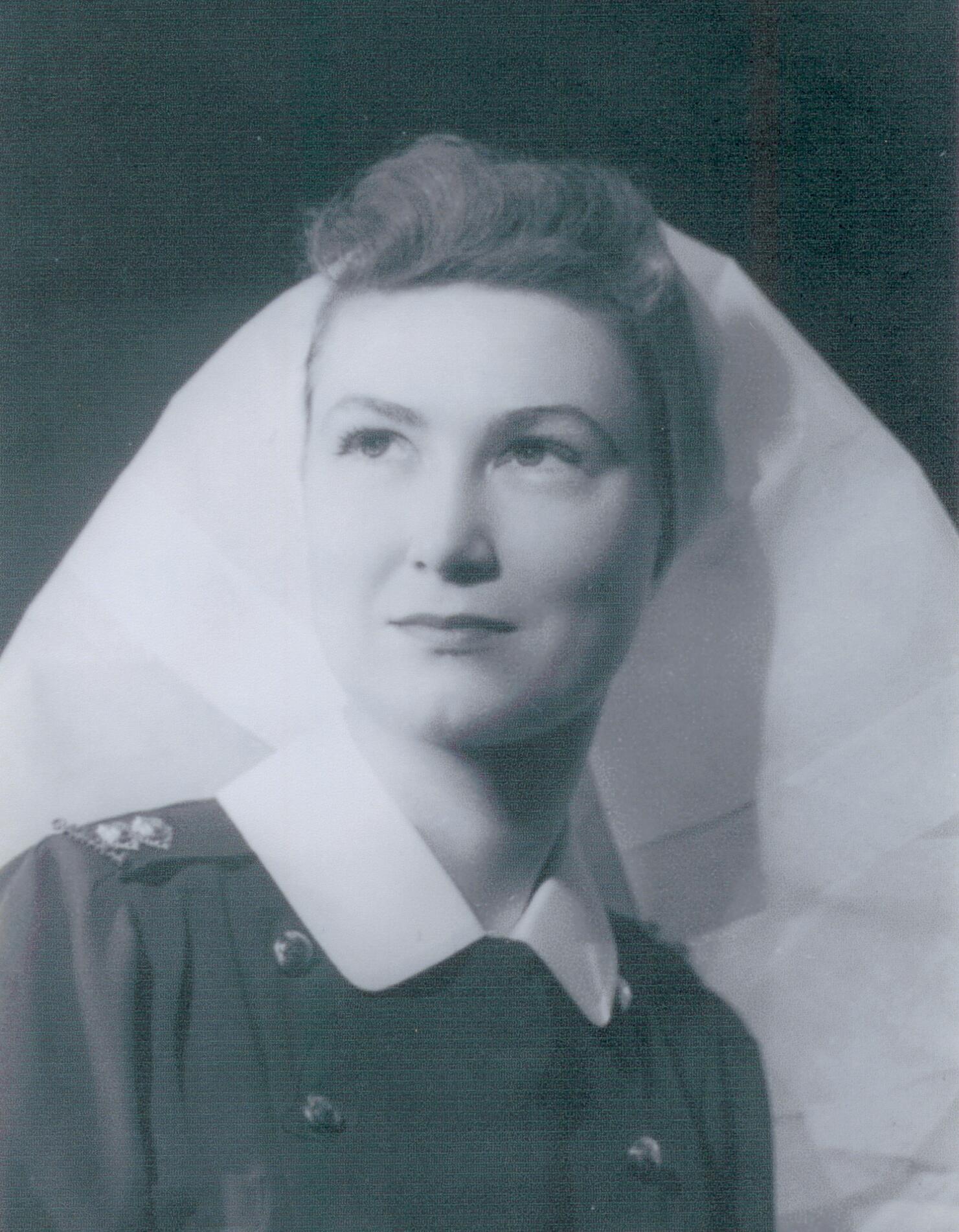 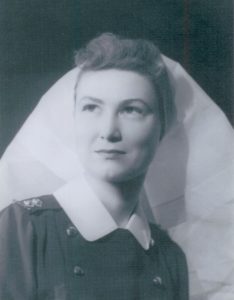 In 1993 Joan established the Mabel and Henry Doree Family Memorial Bursary in honour of her parents.  She credits them with enabling her to become a nurse by giving her the financial support she needed to enter St. Paul’s Hospital School of Nursing in Saskatoon in 1937.  She later received her BA from UBC and a Masters in Public Health from the University of California in Berkeley.

After graduation she worked as a staff nurse in Prelate, Lethbridge, and VGH.  During the war she served with the Royal Canadian Army Medical Corps at the Basingstoke Neurological and Plastic Surgery Hospital in Hampshire, England.  After the war she worked in Vancouver at Shaughnessy Hospital, St. Paul’s, the Vancouver Health Department, and for the Sunny Hill Health Centre for Children.  Joan is a founding member of the Registered Nurses Foundation of British Columbia and served two terms as Director on the RNABC.  After her retirement she spent ten years as a volunteer tutor at the Carnegie Community Center.