FYI:  This item is in process of being revised & relocated 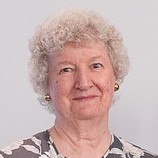 All nurses should know a bit about the profession’s development. Books on nursing history give you a greater understanding of today’s nursing care. Biographies of Canadian nurses can be fun and enlightening. Go browsing in the nursing history or biography sections of the Helen Randal Library at the College of Registered Nurses of B.C. or in your college, university, or public library. Many of these books are available there. Look for books you would like to read.

This “starting sample” can help guide your background in history of nursing. It is directed mainly to nurses who have not done much reading in history of nursing and it emphasizes Canadian and British Columbia materials. The list recommends books (and, occasionally chapters of books) rather than articles (which you can easily access through computer literature searches, such as CINHAL). Note that this list is not in APA format; it is not alphabetical, and it uses the full first names of authors rather than initials.

If you would like further information on reading in specific areas or more in-depth discussions, please get in touch with me through Contact Us

Brown, Debra J. (2000). The challenge of caring: A history of women and health care in British Columbia. Victoria: B.C. Ministry of Health and Ministry Responsible for Seniors Women’s Health Bureau.

Nightingale, Florence. (1860). Notes on nursing: What it is and what it is not. London: Harrison and Sons.(Facsimile editions available in most nursing libraries)

Canadian Association for the History of Nursing. (1997). Past is present: The CAHN/ACHN keynote presentations 1988-1996. Vancouver: Author.

The Corrective Collective. (1974). Never done: Three centuries of women’s work in Canada. Toronto: Canadian Women’s Educational Press. (Especially pp. 91-95) (Out of print and hard to get, but worth looking  for.)

Not all the histories of individual schools or areas are listed, by any means, but this section identifies some of the best; these contain a wide understanding of what was happening provincially and nationally. For a wonderful list of all or almost all histories of Canadian hospitals and nursing schools, go tohttp://internatlibs.mcgill.ca/hospitals/hospital-histories.htm

Street, Margaret M. (1973). Watch-fires on the mountains: The life and writings of Ethel Johns. Toronto: University of Toronto Press. (Out of print but available in most libraries.)

Because Nightingale is a major force in nursing, as well as in other health care fields, all nurses should know a bit about her life. Woodham-Smith’s biography is the best-known and most popular of several biographies on this “founder of modern nursing.” Some praise her too strongly; others are highly critical, but almost any one of them gives you interesting background. The three listed below are among the better books in this field. A 14-volume Collected Works of Florence Nightingale, edited by Dr. Lynn McDonald of the University of Guelph with contributions by several Canadian nursing historians, can be found in many online library collections; see http://www.uoguelph.ca/~cwfn/Introduction/index.html . As well, dozens of excellent sources on Nightingale are available online – but use discrimination and good judgment in assessing them.

Books by and about nurses who served with the Canadian Forces, especially in World Wars I and II, are plentiful and interesting. These are just a few to get you started. Landell’s three volumes contain excellent brief summaries of the various military campaigns as well as autobiographical and biographical notes about individual Canadian Nursing Sisters (now called Nursing Officers), including the grassroots nurses; this wonderful historical collection was put together by a former Nursing Sister who did these books after her retirement in B.C.