Monica Frith Green was one of British Columbia’s most distinguished and honoured public health nurses. In 1948 she became director of the provincial Public Health Nursing Service. Under her gifted administrative skills, the nursing service expanded, and she introduced, among other advances, a post hospitalization home care program, one of the first in Canada. She held the director’s position until 1975. Throughout her career, Monica was active in professional associations and was, among other positions, president of the Canadian Public Health Association (CPHA). After retirement, she wrote the thoroughly researched and well-illustrated Through the Years with Public Health Nursing: A History of Public Health Nursing in the Provincial Government Jurisdiction British Columbia, now a classic reference book 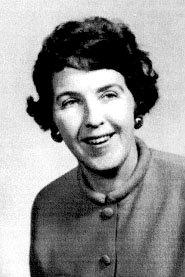